The Colors Of A Sunset 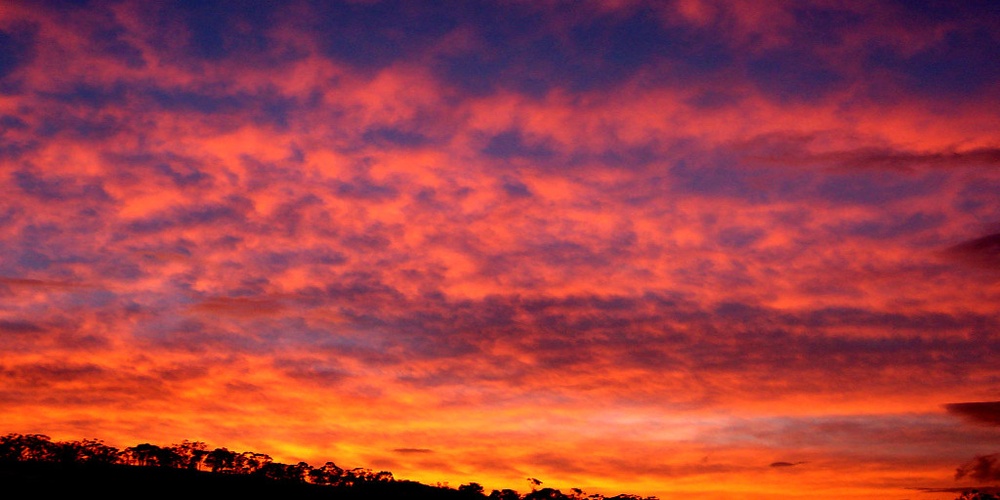 Literally there have been times where the sunset took my breath away.  The colors can be so extreme and vivid they can actually take you by surprise.  Without an expectation, you suddenly look up to see an amazing visual display.  What causes sunsets?  Why are some so spectacular others are just fair?

A prism can split the colors up.  The colors react to the prism differently based on their wavelength. Red for example, has a long wavelength.  Blue has a short wavelength.  As the wavelengths come in contact with particles, they are refracted (change direction).   It is this scattering process that creates the independently visible colors.

As the sun dips lower into the horizon, the suns rays are forced to pass through more of the atmosphere to reach you.  The particles in the atmosphere refract light.  When wavelengths of light are refracted, they scatter and drop out from your line of site.  The lower the sun gets, the more particles the wavelengths must pass through and different colors begin to drop out.  Think of a rainbow from the bottom up.  First the blue and violet wavelengths scatter leaving behind the rest.  Next the green wavelengths drop out. Then the yellows and oranges.  In the long run all that is left is magnificent display of reds.

The Sun has already dropped below the Horizon

The actual sun has likely already dropped bellow the horizon.  The sunset you are gazing at is actually the light rays which have been bent by the atmosphere so you can still see them. The sun is physically gone from your line of sight but the light is still visible.

Does pollution create a "better" sunset?

Added particles in the lower atmosphere, tropospheric aerosols, reduce the chances of a colorful sky. Pollution particles are of various sizes so they do not refract a certain color.  The wide range of particle sizes causes all of the colors to be refracted.  The result is regions with high levels of pollution having "hazy" skies and dulled sunsets.  Spectacular colors are a result of clean clear air.

Whey do some regions have "better" sunsets then others?

As discussed the brilliance and vibrant colors of a sunset can be diluted by pollution in the lower atmosphere.  Regions with low levels of pollution, such as deserts, have amazing sunsets due to their relative lack of pollution.

Do certain times of the year produce "better" sunsets?

The season definitely can affect the sunset.  As we know from air quality reports, air pollution is at the highest levels in the summer.  This is due to the reduced air circulation and smog formation.  Times of the year with higher air circulation, such as the fall and winter, will produce "better" sunsets.

Clouds catch the color wavelengths that bypassed the lower atmospheres particles and then reflect the light to the ground.  Typically this is seen with higher elevation clouds such as cirrus and alto cumulus.